We are pleased to announce that Black Sun Brotherhood has now signed a record deal with the mighty METAL BLAST RECORDS out of Berlin, Germany!

Thanks a lot to our friend, brother and label manager Tobias Kober for supporting us and believing in our band and music!

So METAL BLAST RECORDS will then release the CD version our first album in September 2020 entitled “God & Beast”. It will be one hell of a KILLER record, we promise, so stay tuned for more updates in the future!

You can find more information about METAL BLAST RECORDS via the links below:

PS: See image below. Demons in hell are excited as fuck about our upcoming record release too. Look at the big-eyed, blue-faced cunt down in the right corner for instance. Maybe a bit worried they won’t be able to snag themselves a physical copy, eh? This bodes very well for the future, eh? 🙂 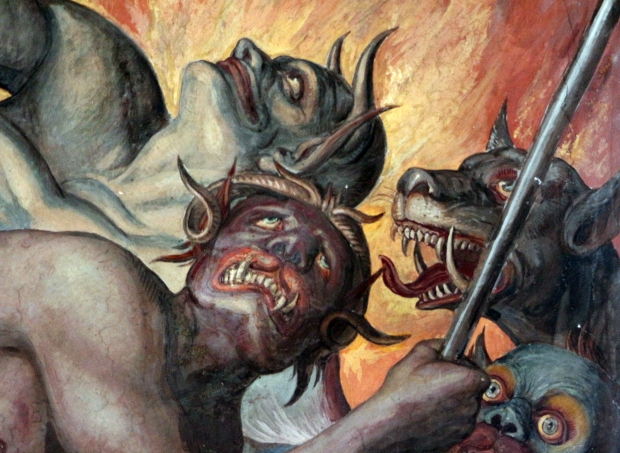 You can read a new interview with the Brotherhood over at Moshville Times. Follow the link below! 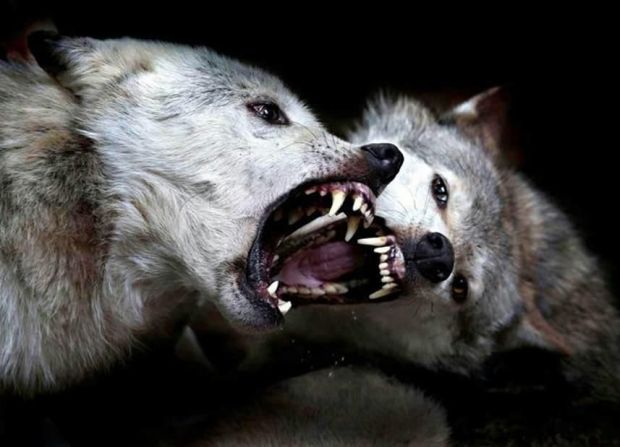 The coronavirus and Covid-19 is raging on across the world – causing panic and havok everywhere. Mankind must fight back with its puny technology and medieval medicine. Fortunately we are all healthy and well – and we continue with making new music. We will keep you updated on our progress (or lack thereof).

While you are isolated or in quarantine you can check out our single ECSTACY OF BLASPHEMY via Spotify or YouTube. Here are the links:

In these plague days the words of George Eliot never rang more true:

“Death is the king of this world: ‘Tis his park where he breeds life to feed him. Cries of pain are music for his banquet”.

Stay healthy! Best wishes from the Brotherhood! May the Black Sun shine upon you all!

Thanks to Sol Lieberknecht Choe for the mad kewl shots! Hell YEAH… ! 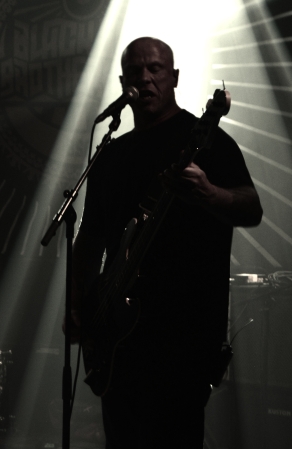 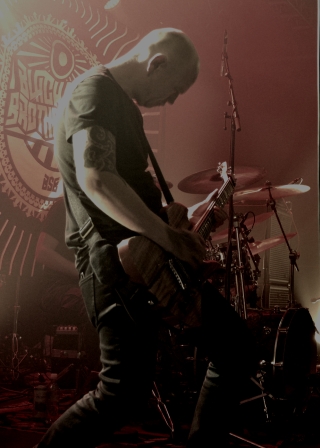 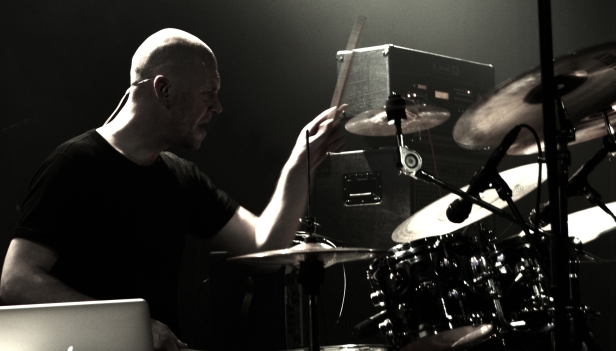 Lieber beating the shit out of his drumkit!

The almighty maniacs of the BLACK SUN BROTHERHOOD will be releasing their first single “ECSTASY OF BLASPHEMY on July 19th!!! The single features three songs of pure, raw death-groove and bone crushing brutality from the bands upcoming full-length release. It will be available in its full glory on all major digital platforms (Spotify, Tidal, Amazon Digital, Google Music etc, etc).

BLACK SUN BROTHERHOOD is an extreme metal band from Sarpsborg, Norway. Their sinister sound can be described as a coldblooded cocktail of old school black punk and diabolical death metal! The band started in 2013 and features musicians with long involvement in the Norwegian music scene and the metal underground in particular. The band members have previously been involved with metal acts such as THE HELHEIM SOCIETY, DEATHSEEKER, TYR and the notorious proto-Black Metal act THYABHORRENT. They have also been central members in rock/progressive/experimental music groups like SCHÆFER, KVAZAR and VENDETTA BLITZ… and the list of pure greatness goes on and on….

The trio has recently put finishing touches on their debut album entitled “BETWEEN GOD & BEAST”, and the band is discussing the future release with different record labels. The record is nothing short of a masterpiece and is bound to crush everything in its path!

The brutal brotherhood is driven to create authentic, intense and raw music, and they are now on a mission to spread their black magic made music all over the world. Simultaneously they also plan on getting ridiculously rich and famous. All living creatures will also be ritualistically and savagely sodomized to death in the aforementioned process of total world domination.

Metal magazines, record companies, bloggers, bookers, radio stations, journalists, perverts, freaks, geeks and distributors should all get in touch! Help spread the gospel of the black sun and revel in the dark light! 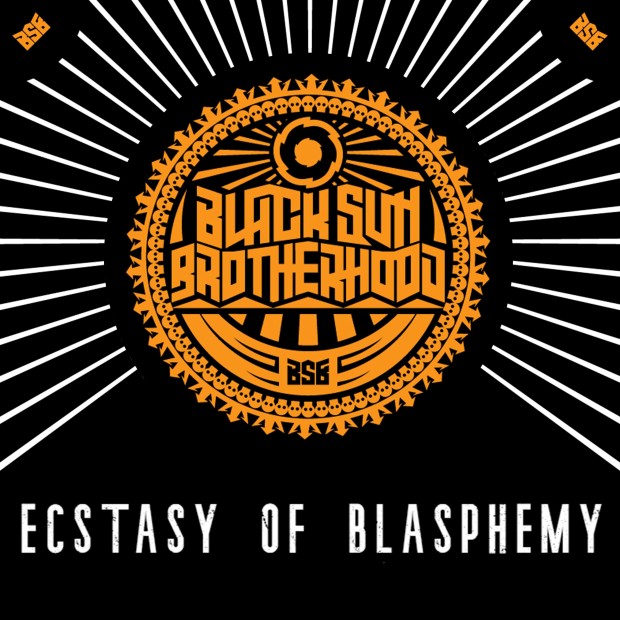 All you maniacs who attended the kick-ass Black Mass in Fredrikstad last saturday: we salute you! And horns up to Leonov and Acârash for powerful performances! Extra special thanks goes out to the fantastic crew members at St.Croix-huset! See you all next year! 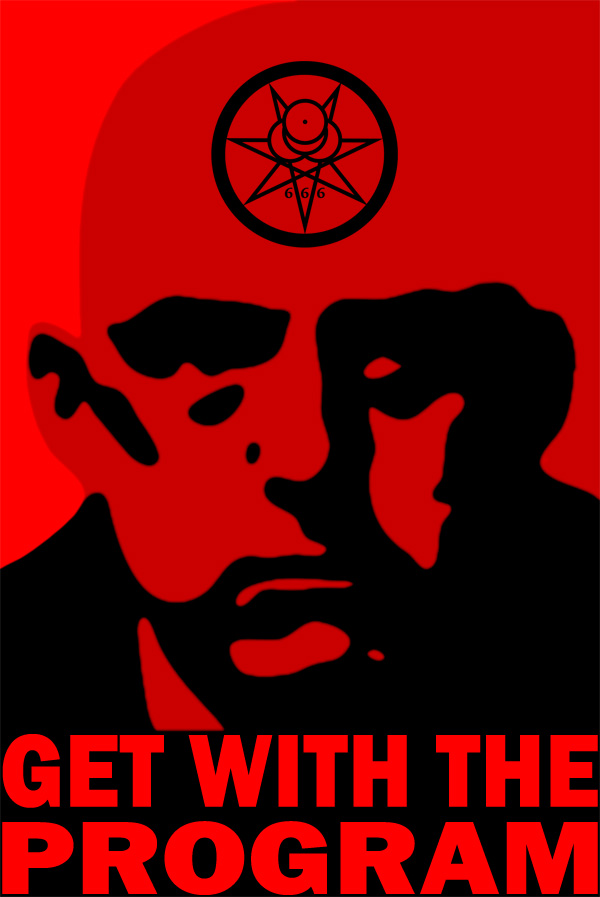 We are playing live in Fredrikstad again in january – this time with a KILLER band named Acârash and Norway’s new gods of doom: Leonov! This event is gonna DESTROY everything in its path and this is the third friggin’ Sort Messe/Black Mass we hold at St. Croix in Fredrikstad. It is about to become a fine tradition. See you freaks there! 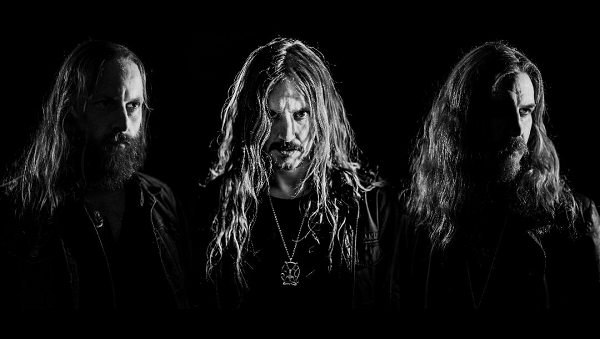 Check out Acârash and Leonov, they have some powerful muzæk for you! 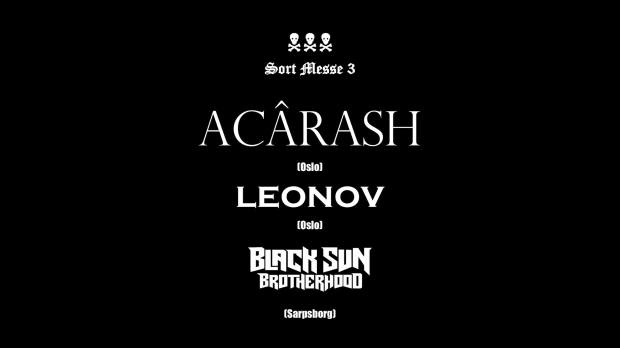 Here are some links to check out the event and the other bands!

All hail freaks and geeks!

We are playing live on January 27th 2018 @ St. Croix huset in Fredrikstad with Norways’ true death metal masters DISKORD and and the mad cool punk rockers of RISE OF THE PHOENIX! Be there or be a total WANKER!! 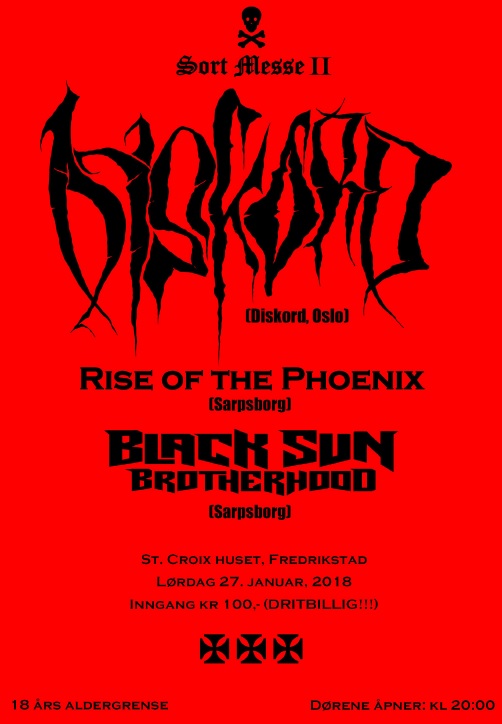 Here is a raw mix of a song from our coming album! Some fine tuning is needed, but we think it will kick major ass! Check it out!

It was mad cool to check out Bölzer and Obliteration in Oslo last night. Obliteration did a phenomenally evil set, and Bölzer just fucking crushed it. 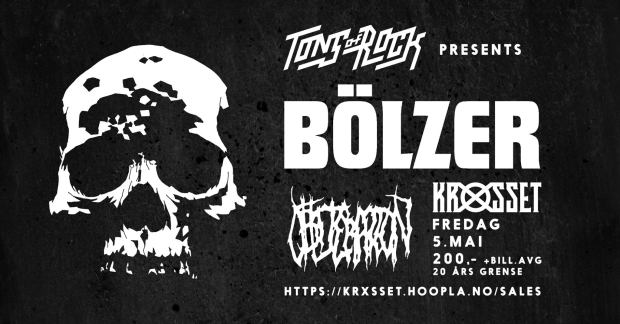 It was a killer gig all in all – and the Bölzer dudes were very cool guys indeed. Check out their new album, “Hero”, it is a very powerful release! 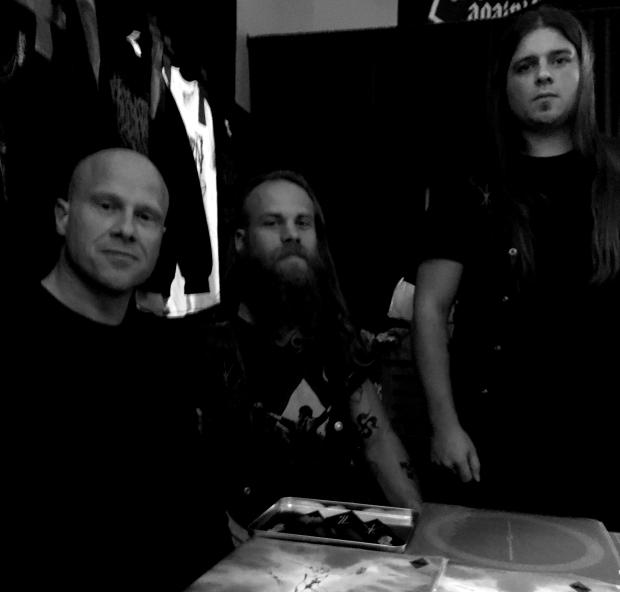